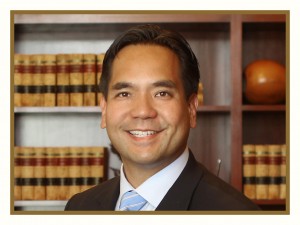 In 2013, at the age of 42, the Honorable Sean Reyes was appointed by Governor Gary Herbert as Utah’s 21st Attorney General. Reyes took over an office racked with scandal and inefficiency in the midst of some of the most significant constitutional issues in state history. Within a year, he reorganized and re-energized the office internally and recaptured the trust of the State with striking leadership, innovative programs and historic wins against drug dealers, human traffickers, child predators, and white-collar criminals. After winning the election in 2014 by one of the largest margins nationwide, Reyes was selected in 2015 by the Republican National Committee as one of its four national rising stars.

After graduating summa cum laude from Brigham Young University in 1994, Reyes earned his law degree with honors from U.C. Berkeley in 1997. He practiced for nearly fourteen years at Parsons Behle & Latimer, the largest law firm in the State, where he became one of the first minority lawyers to make partner at a major Utah firm. While there, Reyes represented clients on some of the largest and most high profile litigation cases in the history of the State. He argued or briefed cases before state and federal courts throughout the country, including the Utah Supreme Court and Tenth Circuit Court of Appeals. He has been honored nationally and locally with a long list of awards for his legal skills, leadership and unparalleled commitment to public service and has founded and served multiple non-profit organizations.

The son of a Spanish-Filipino immigrant father, who fled the Marcos regime and a Japanese-Hawaiian mother, AG Reyes is Utah’s first minority elected statewide. AG Reyes and his wife, Saysha, are the proud parents of 6 children. He is a former collegiate volleyball player and mixed martial arts fighter who enjoys speaking at Comic Cons, playing basketball, coaching his kids, dancing with Saysha, watching Sports Center, cooking, shooting guns and rapping on Bloomberg News.