SALT LAKE CITY September 15, 2017- After over 20 years as a public servant with the Office of the Utah Attorney General, Ann Rozycki-Fierro retired on September 15, 2017 and will be moving to Florida. Ann is a skilled prosecutor and supportive colleague and she will be missed. 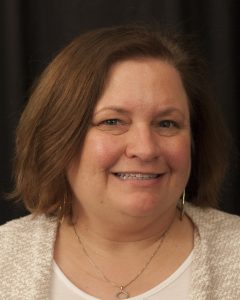 Ann Rozycki-Fierro left the Utah Attorney General’s Office this week after over two decades of service.

Ann began her career in the Office in 1997 as a lawyer representing the Utah Office of Recovery Services in state and federal court, and in administrative hearings. In 2001, Ann joined the Criminal Nonsupport Unit, where she served until 2010. From 2010 to 2016, as a member of the Internet Crimes Against Children Unit, Ann investigated and prosecuted criminal cases against individuals who used the internet to exploit children, namely matters involving child pornography and child sexual enticement.

In 2016, Ann joined the Mortgage and Financial Fraud Unit of the White Collar and Commercial Enforcement Division, where she prosecuted complex white-collar crimes, specializing in state tax prosecutions.

Attorney General Sean Reyes thanked Ann for her many years of service to the State of Utah, and said, “Ann is a tough prosecutor. She successfully took on some very complex, difficult, and emotionally taxing cases for our office – from criminal nonsupport work, to fighting to take down pedophiles with the ICAC Task Force, to litigating complex tax cases. We thank her for the many good things she has done, and wish her all the best in retirement.”

With respect and gratitude, the Office of the Utah Attorney General wishes Ann all the best as she retires and relocates to Florida. Thank you for your service and god speed.