“It’s critical that every American understands that human trafficking can be found in every community, robbing victims of innocence, dignity, and hope,” said Attorney General Reyes. “It is indiscriminate in its predation of people of all backgrounds, regardless of wealth or station. The groups here today deserve our gratitude for protecting the liberty and worth of our innocent children and most vulnerable citizens.”

The Declaration for National Slavery and Human Trafficking designates January in Utah as the month to remember victims and commend all groups, individuals, and public servants for their diligent efforts to educate themselves, inspire others, rebuild lives, and to protect the inherent worth of each citizen and human being.

Notable among those honored was Haiti’s Attorney General, Clame Ocnam Dameus, his Chief of Staff, Jim Petiote, as well as their wives and several staff members, for their work combatting human trafficking in their home country. AG Ocnam and his team are visiting Utah due to their partnership with AG Reyes and Operation Underground Railroad to discuss efforts abroad.

In addition, the following eight groups were given special commendation for their efforts to combat human trafficking within the State of Utah.

AG Reyes has been a leader and an international voice in the fight against human trafficking and continues to lead Utahns to aggressively fight through education campaigns, support of anti-human trafficking legislations, victim recovery and advocacy. This is accomplished through grassroots and NGO efforts, partnerships with local law enforcement officers and agencies, as well as work initiated by the AG Office through the Utah Trafficking in Persons (UTIP) Task Force and prosecutors of the Utah SECURE Strike Force. 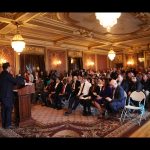 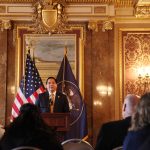 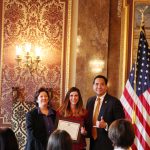 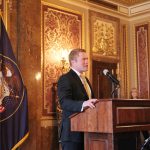 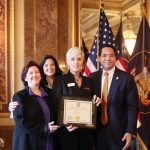 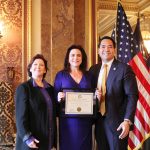 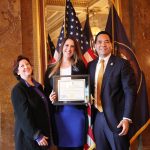 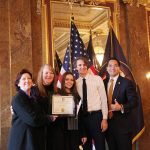 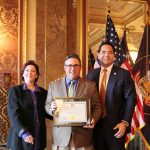 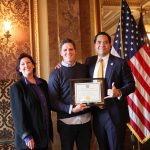 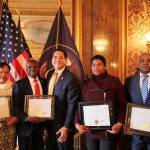