“Congratulations to John Bradley for his election to the Utah Bar Commission. In his twenty years of service with the Office of the Attorney General, he has been a dedicated public servant, spending a substantial amount of time in court in Weber and Davis Counties. In addition to his public service, John has also been a past president of the Weber County Bar, a small claims judge, and served for 14 years as member of the South Ogden City Council. I am confident the Utah Bar will be well served during his term as a bar commissioner.” 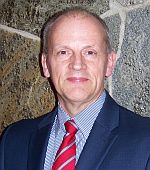